The Future of Recruitment

In recent times, there has been rapid adoption of technology within every sector organisations, and recruitment is no exception. Scott Davies led a fascinating discussion about how technology is impacting the future of recruitment and what could be done to cope with the changing times.

With many people currently losing their jobs, or being furloughed, there has been a significant increase in the volume of job applications organisations are receiving. Technology such as increased automation in early stages has become prominent in helping to cope with this, as well as incorporating vital values.

As remote working continues, video has also become an essential part of everyday business for most workers. To adapt to a new way of working, video interviews are playing a major role in being able to recruit during a time where meeting in person is close to impossible. Due to technology, we can ensure both equality and diversity through this method. By transcribing a video into text, it removes all unconscious bias, allowing an employer to make a fair decision based on the content of the interview and nothing else.

Technology is versatile, allowing candidates and recruiters to assess the progress of applications on any device. This accessibility increases candidate engagement and experience, which has a lasting impact on the brand.

To use technology successfully, Scott suggests that an organisation must first have their approach right. It is a combination of both technology and human values that can drive the future of recruitment to be diverse and equal, as well as effective.

Scott says ‘Technology is here to stay, but not to replace people. It is simply another tool to help us be more efficient.’

A proven track record as an entrepreneur and leader in recruitment and technology; but actually I just like doing things I’m passionate about really well.

I started as a graduate developer and worked on some fantastic projects with some fantastic people, we did big data (before it was a thing) and Business Intelligence back when everyone called it MI. I worked with teams in Sheffield, London, Hong Kong and the US. I loved coding and technology then and I still do now.

Back in 2007 I decided to do something new. I started a recruitment business in the healthcare sector. We did things differently to the others out there (or so I was told), although in reality I just think we did things the right way. We were open and honest, transparent and fair. We connected great people with great companies and secured them regular shift work. We also made financial savings in the region of £30M+ for the NHS.

I was named Recruitment Agency Leader of the Year in 2016 and had a team of 80 people across three offices in the UK. I sold the business twice, once to Private Equity in 2014 and then fully exited in late 2017 via a secondary MBO. We achieved valuations of £17M and £24M along the way. It was time for something new

I believe the recruitment industry today is fundamentally broken and needs to change.

Enter Talent Cloud and tecy.digital both of which combine our professional services wrapped around TribePad’s award-winning recruitment technology platforms. We are open and honest, transparent and fair and solely focused on connecting awesome talent with amazing companies. 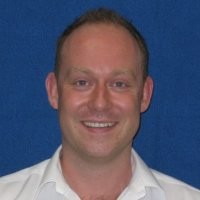