You Can’t Explain The Tide…

Music pervades the soul of many of us, often on a ubiquitous scale. Music gives meaning to the human race, as does the scientific development of sound. In the wise words of one of modern music’s most inspiring and zaniest of personas, the idiosyncratic guitarist, Frank Zappa, once postulated,

“Without deviation from the norm, progress is not possible.”

Within Cultural Other, this is a mantra we want to perpetuate and honour.  To deviate is to innovate and after all – how better to do so then through the auspice of musical composition?

We are three musicians embarking on a musical mission; we are also trying to encourage the discussion and celebration of cultural differences, art and language. Through embracing cultural alterity, we believe we can make music that matters.

Our debut EP, ‘Can’t Explain The Tide’ is a collection of songs which represent just that; the ebb and flow of social and political change in our lifetimes, and the pervasive cloak of existential mystery which envelops us all. 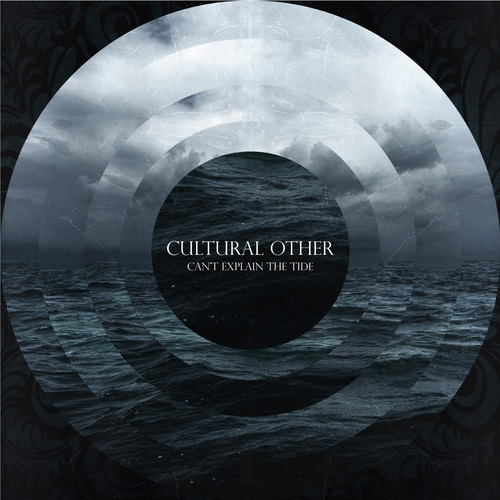 Tides go in. Tides go out. But music remains a constant in all peoples, cultures and ethnicities.

C.O drummer and songwriter, Kuba Mleczko, in his own words, takes the viewpoint that successful innovation through music, often requires the right ‘casting’:

“ ‘Cultural Other’ to me is very similar to a theatre production. On its stage we have the ability to guide the audience into my doubts, questions and realisations about myself, my life, and the world around me. The reason I call it a theatre is because I treat it with uttermost respect, and therefor perform only that which has value in my own perspective and as well as that of the audiences. Additionally, just like in theatre, the production is dependent on the joined cooperation of many things: stage design and decor, music, lighting, ticket sales etc. The two most important aspects of great theatre productions are the actors and the script.

Without having anything to say, Cultural Other would quickly become dull and regular, but also without the right cast of actors, ‘the play’ would not appear true or even believable. Without my two companions, this play would appear more like a cabaret than a serious play.

Andrea and James give me a sense of belonging, confidence, and the sensation that what we perform is real not only to myself but also to them.

The best aspect of effective theatre productions is that every scene can be its own entity. I think that’s what I like most about Cultural Other; the ability to change setting, quite seamlessly. There are times when all of these components fall perfectly into place, effecting in a feeling of catharsis.

My personal goal is sustain this feeling through music continuously.”

For guitarist and lead singer, Andrea Venerus, the need for effective communication between others in a creative capacity, is paramount to unlocking not only new forms of innovative thinking, but providing a key to personal growth within a music project:

“The thing that I find most fascinating about working creatively in a band is the fact that at some point you have to open the door to your intimacy in order to build something together.

The reason why I find this fascinating is because my personality tends to keep me closed, through my own perception of the world and its ideas.

This outgoing movement, which naturally happens at some point whilst working in a group, can truly reveal much more about a person’s personality.

To see yourself in action and having to deal with other personalities that might be different to yours, has always been such a formative experience.

I am glad that this ‘personal work’ has happened in this kind of productive environment. This release represents a discovery of the self, the fascinating result of seeing the consequences of actions inspired through deviating from the norm.

For this reason, we chose to produce an EP with the intent of presenting and observing how movements can serve as a lens, as we observe and understand the self and the world in its complexity and abundance.”

For bassist and backing vocalist, James Campbell, having an awareness of the relationship between cultural interlocution and linguistic communication through the band’s music, is a fundamental step to spread the group’s sound across the globe’s continents:

“As cultural mediators, we are attempting to empower particular societies by giving their culture prominence as lyrical ‘ventriloquists’; acting as mouthpieces for their causes, through a musical maelstrom.

Through composing lyrics in, not only English, but also Spanish, Italian and Polish, we are endeavouring to reach a wider international market, unifying our fan base by minimising linguistic segregation and broadcasting our musical ethos to all.

Ultimately, we are three individuals who feel strongly about the importance of cross-cultural communication between peoples of diverging cultures and languages.

This project was started in order to demonstrate that we can be effective agents of cultural mediation, and only by deviating from the norm can we commemorate and embrace the rich profusion of musical styles and influences that this world has to offer.”

Cultural Other is: Andrea Venerus, Kuba Mleczko and James Campbell.

Can’t Explain The Tide will be available to purchase and

download on ITunes, Spotify and SoundCloud on the 14th of November.

For more information on the EP release and to find out about our upcoming shows and news,