Why I am Living Below the Line

Leaders’ Quest Foundation is taking part in the Live Below the Line campaign to raise money for our fellows. We are living on just £1 a day for all our food and drink for a week. You can read about Vanita, one of our Indian fellows, below.

Please support the team by making a donation here

Vanita completed her Leaders’ Quest Fellowship in 2012. She has since become the most recognised leader in her area. As a result, government officials work through her as they know it’s the best way to get results. In March, I met her in a dusty village two hours’ drive from Mumbai.

Vanita was waiting for me with members of the Katkari, a nomadic tribe who have few opportunities for education or employment. During her fellowship year, Vanita helped Katkari families secure food, school scholarships and health insurance. As I found out, these achievements were only the start of her work in the community.

Due to their low position in the caste system, the Katkari have been forced to settle outside the main village. Their wood-framed huts rest on a nearby hill, accessible only by a steep, unpaved road. I was greeted by a small group of women clustered in the central square. Three-quarters of the village has been forced to migrate to Karnataka to work in coal mines, including most of the men and many children who have only completed primary 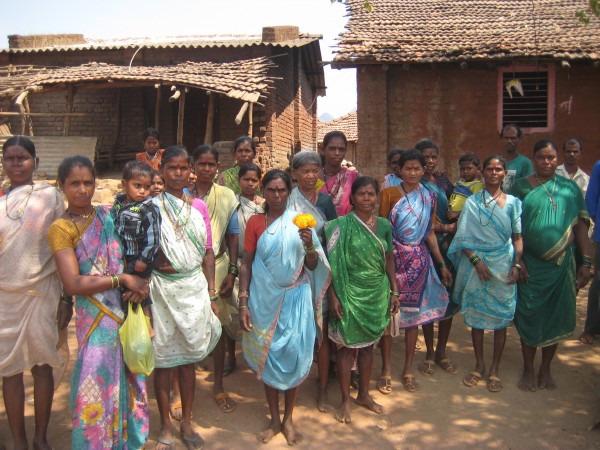 Many Katkari are malnourished and they depend on food rations provided by the government for adequate nutrition. Their nomadic lifestyle means they often lack the official documents required to access these entitlements. The food distribution system is also notoriously inefficient and corrupt; some shopkeepers refuse to hand out their stock and instead sell it on the black market for profit. Vanita’s fellowship training gave her the tools and confidence to confront dishonest officials and secure food for Katkari families. She is now working with 20 current and former fellows on a regional campaign to promote food security. They are holding workshops for thousands of people across the district to educate them about their food rights.

Vanita’s work is expanding into other vital areas. More than 600 women from surrounding villages are now part of a cooperative that pools their savings to create small loans to pay for houses, education and business start-ups. More than 100 teenage girls have obtained loans to pay the fees for college or vocational training. To date, none of them have defaulted on their loans and now 25 similar cooperatives have sprung up in the region.

It is vital that the Katkari are able to continue their education, and access the government services to which they are entitled. The men who travel to work in the coal mines receive an up-front payment of 70,000 rupees (£830). They have to work to pay off this debt, which means they return to their homes with no money. The following year the same thing happens, and the cycle continues.

The Katkari are nomadic and lack any proof of identity or address. Vanita has secured government identity cards for 150 people, and helped 500 more to open bank accounts so that they can receive government benefits. The villagers told me they only see their local politicians at election time, when they travel to these areas and offer small bribes to gain votes. Now, when they want their complaints heard, they know they can talk to Vanita and she has the strength to make people listen.

Vanita took me to her home a few miles away. The cluster of homes is surrounded by rice fields, forming a small island overlooking the sun-bleached fields. She led me through the streets, past squat concrete farmers’ huts, to the flimsy wooden homes of the Katkari. We sat on the floor and admired the pictures of her family tacked to the walls. Vanita vanished into the other room and returned triumphantly with a canvas bag overflowing with documents and cards. Since her fellowship, she has become the key resource person in the area. People go to her to help them secure the various ID cards required to secure food rations, housing benefit, bank accounts and insurance. 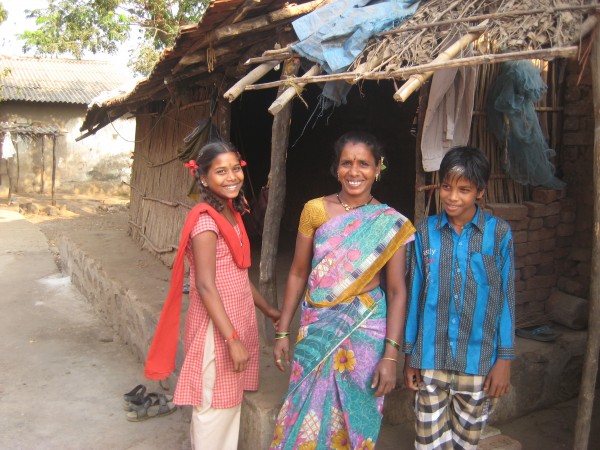 Towards the end of my visit, Vanita’s children came home from school. She told me proudly how they were still in education long after she herself had been. She told me that once one generation has the correct official documents, the next generation can secure places at school, and that significantly improves their future prospects. All the local residents, not just the Katkari, recognise her as a leader. She laughs when she tells me about the local politicians who all tried to claim credit for a school that she helped to get constructed.

Vanita is already working with other grassroots leaders in her area, and identifying women in nearby villages who have the potential to take her work even further. She gets a glint in her eye when she talks about the possibility of reaching even more remote areas and improving more communities. Her leadership is making these villages more self-reliant, and I know that Vanita’s influence will build as the years go by.

Vanita was a Bridgepoint Fellow as part of our Quest Fellowship Programme.

Find out how you can get involved and  support our fellows